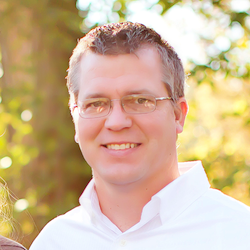 Corey Dukelow is a registered patent attorney with a research background in the biological sciences. Mr. Dukelow earned a Bachelor of Science in Biology from Kansas State University in 1997. While earning his undergraduate degree, Mr. Dukelow worked at KSU's Center for Basic Cancer Research in Manhattan, Kansas, and at Children's Mercy Hospital Biomolecular Laboratories -- Oncology/Pharmacology in Kansas City, Missouri.

Mr. Dukelow earned a Juris Doctor from The University of Tulsa in 2001. While attending law school, Mr. Dukelow was an Articles Editor for the Tulsa Law Review and was also named to both the Faculty's Honor List and the Dean's Honor List.